To coincide with the 400th anniversary of the Lancashire Witch trials, TAKEN, a music installation for Clitheroe Castle ‘Keep’ commissioned by Mid Pennine Arts has been extended until June 2012. It can be heard daily from 10am to 5pm and is free to visit. TAKEN is a music installation comprising 12 humming voices and harp especially composed for the ‘Keep’ at Clitheroe Castle in Northern England. TAKEN has attracted over two thousand visitors since it opened to the public and is based on the last days and hours of the Lancashire Witches – England’s most famous witch trial-as they were held captive awaiting trial before they were subsequently hung.

Watch TAKEN the film by Benjamin Wigley. BBC Radio 4 ‘Woman’s Hour’ presented a 10 minute feature on the piece in July 2011 which you can listen to here: TAKEN on BBC 4’s Woman’s Hour

TAKEN is a site-specific composition and is intended to be listened to at Clitheroe Castle ‘Keep’. However, you can listen to a short extract from TAKEN here. An article about TAKEN written by Alan Dunn has been published in Stimulus Respond Magazine

“It is a haunting piece…what an interesting way of interpreting the place, the landscape and historic episode – a tragic one – in Lancashire’s past. Wonderful, thoughtful.”  and “A spectacular piece, very evocative and moving.” 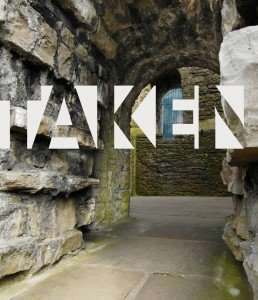 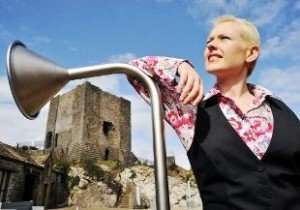