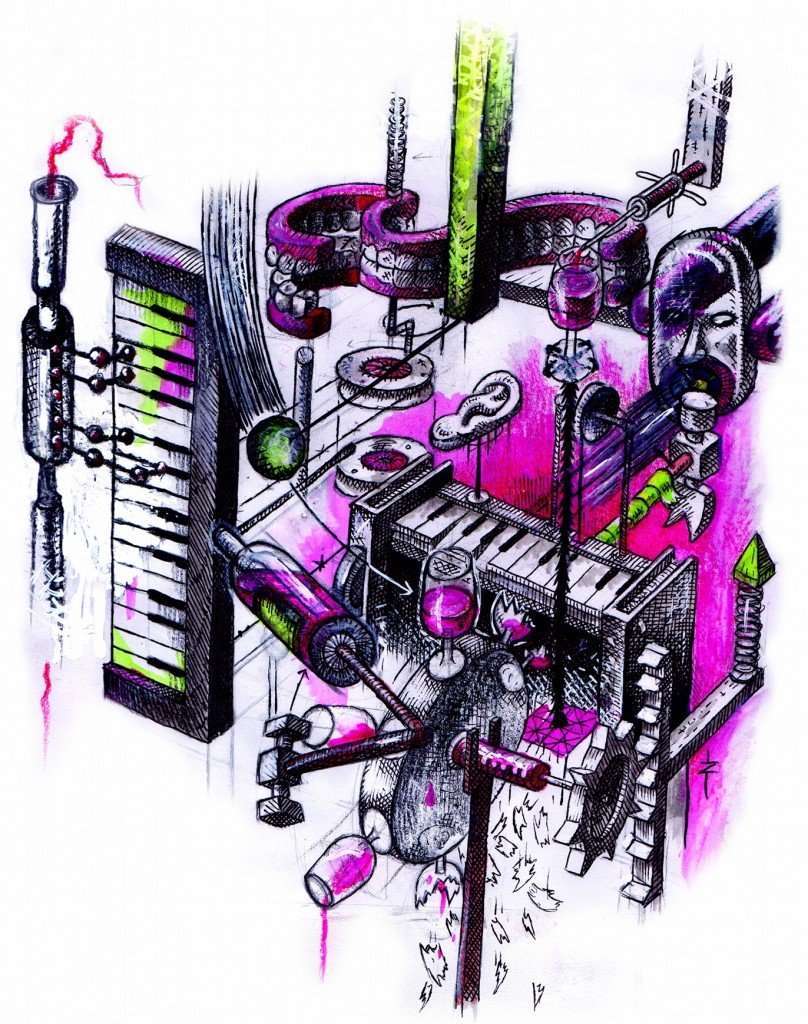 duoDorT premiered Quantitas Speaks, a new work they commissioned and developed at Aldeburgh Music, at the Royal Festival Hall on 9th March 2012 as part of Women of the World Festival. It was also performed at Newcastle University on 20th April. Based on a new illustration by Artist Zeke Clough, Quantitas Speaks is composed for a new instrument, the Pianvoglass- a combination of glasses, pianos and voices and based on a new text by the composer.

“As brutal Beaujolais and murderous Merlot oil our maudlin memories-the extended tentacles of our minds connects us to hand, to heart, to hammer-klavier.” -Ailís Ní Ríain