Read the interview on the British Music Collection website here.

“For me, as someone who considers themselves conceptually led, the term composer can often be too limiting…”

Every year, Sound and Music – the UK’s national agency for new music – shines a light on the work of the composers who are currently in residence on our talent development programmes. These are our New Voices of 2017.  They are creating new, exciting and innovative music, across disciplines, all over the UK.

Ailís Ní Ríain is an Irish contemporary classical composer and writer for performance who aims to produce work that challenges, provokes and engages. She is based in West Yorkshire and is a regular collaborator with artists in other art-forms. Her artistic interests are diverse and combined with an unwavering desire to develop her artistic practice with each new project or commission. She composes in a variety of forms including music-theatre, concert music and site-specific installation. Ailís’ music has been performed at the Purcell Room, The Royal Festival Hall, The National Concert Hall in Dublin, Carnegie Hall in New York as well as featured on BBC Radio 3, BBC4’s & RTÉ.

What was your route into composing?

I was lucky enough to have piano lessons from age 10; something I enjoyed and took seriously. It was also the only thing that I seemed to be any good at. I really disliked school both at primary and secondary levels and music was what interested me most and sustained me through difficult times. I was drawn to creating my own music in my late teens.

You aim to produce work that “challenges, provokes and engages” – would you call it political?

These are three things which I admire in the work of the artists I respect and it is something I am mindful of in my own practice. Music is curious in that it can have a huge power over us on an emotional level (and sometimes physical) however, as to whether it can be an agent for change, I am less sure. Music has its limitations and I don’t believe it has much inherent meaning outside a contextual framework. Words, however, exact a completely different type of currency and non necessarily those that are perceived to have an order of meaning which is very interesting to me. Which brings me around to sound rather than music and contemplating the possible ‘politic’ of sound.

I suspect it is no different to being an artist in any other era, after all, there is nothing new under the sun. We are not that unique, or that special. Despite the advances and changes around ways of working even in my lifetime, I suspect the core issues remain the same for most practising artists; dread, elation, supreme fulfilment, frustration, fear, bliss, pain, ecstasy, anguish and loneliness – sometimes all before lunchtime…

I find it reassuring that some things don’t change, that ‘we’ as human beings essentially don’t change.  It makes me think of a Paula Rego quote “I’ve needed an impulse from within, a lot of emotional energy to do this stuff, and a kind of desire. It’s a very aggressive thing… It’s not an aggression like you’re hitting it; it’s a sensual aggression, if you like.”

You are happy to work across disciplines. How does your music making relate to your writing and vice versa?

I have been writing texts for as long as I have been composing music. However, my music and writing careers are in many respects totally separate. I see them as two distinct art forms, two very different activities in my mind.

When I think of my writing words for theatre I think of what Arthur Miller said “A playwright lives in an occupied country. And if you can’t live that way you don’t stay.” I understand this completely in terms of character driven writing. Music, of course, is driven by something else entirely but I’m still at a loss to put my finger on what specifically that is.

I do know that there have been many occasions when I have been composing or improvising when someone or something else seems to be leading my hand, dancing before me – showing me the way, if you will. Very strange. It is something I have to both trust and challenge to navigate my way through and of course, the results can vary enormously.  It seems to be something primitive which can attest to a need for both suspicion and recognition.

You are an advocate for deaf and disability arts – what barriers have you faced as a deaf artist?

My disability is invisible so in many respects it has not effected some of what I have done or currently do.  While I have always been aware of it, I didn’t disclose it publicly until ten years ago. Up until that point I was fearful of possible repercussions. My deafness is limited to the high frequencies however, I also have hyperacusis – an increased sensitivity to certain frequencies and a ‘collapsed tolerance’ to typical environmental sound for which I frequently need to wear ear plugs to prevent ear pain and headaches. On a basic level these effect how I work, where I can work and who I can work with in addition to contributing to social isolation.

If you could collaborate with any living artist – who would it be?

I can think of many across music, theatre, film and art however Marc Janssens, who is a sculptor based in Belgium is someone whose work I feel very drawn to both as a musician and a writer.  I have always been interested in visual art and in the visual in music and have included these elements from my earliest scores as many of my ideas come from visual stimulus and imagined characterisations.

When you are not composing, you are….

Do you think the word composer adequately reflects you an artist? If not, what word does?

I’ve felt for some time that ‘Composer’ doesn’t quite reflect what I am as a creator. I often just refer to myself an as ‘artist’ as for me this covers – broadly – what I’m about without the need to ‘box me in’.  For me, as someone who considers themselves conceptually led, the term composer can often be too limiting especially when I’m working in site-responsive work when what is at ‘play’ is often more subconscious and/or historically led and informed.

What has been the highlight of your residency with the British Music Collection and Unlimited Impact?

I enjoyed conducting the interviews especially being able to ask anything I liked about the practice of disabled professional musicians and composers or their colleagues. I also enjoyed working on the graphic/open piano scores which I selected from the British Music Collection and coming across some unusual and pieces and names which I was previously unaware of like Christopher Hobbs 125 Questions for Pianists – a pretty eccentric work for piano players.

What was the most interesting piece you found in the archive?

I interpreted and recorded a piece by Sarah Hughes which is a series of statements on an A4 sheet. Experimenting and deciding how to approach that work was very rewarding as it engaged not just my musicianship but also my broader artistic ‘manifesto’ for want of a better word. 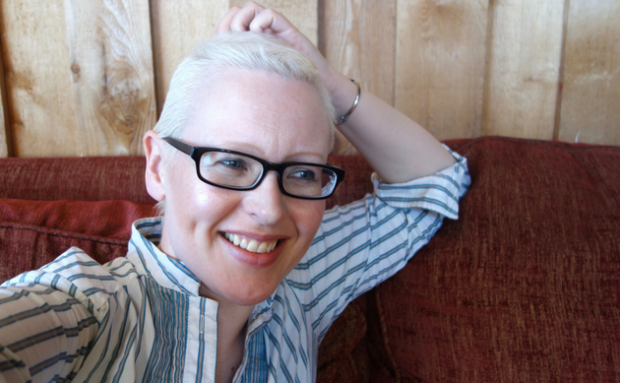